Deciding to Renovate the Kitchen: A Top Ten List

When we decided to renovate and DIY our kitchen last summer, it was easiest to create a list of all the things we didn’t like. It didn’t take much to convince the Husband that we needed to upgrade the kitchen; we knew we wanted to renovate it (ie: complete overhaul) before we even moved in.  There was a lot of wall and floor space that wasn’t being used, almost no counter-space, and barely any cabinet space.  We had one closet/pantry, 3 base cabinets (one of which was the sink), 2 regular wall cabinets, 2 small wall cabinets (one above fridge and one above stove) and an open shelf area.  But we also knew that we didn’t have the time or budget to tackle the project right away, and I preferred to have lived in the space for a while before I made any drastic layout changes.

We did do some minor updates the weekend we moved in, which included scrubbing everything clean, painting the off-white walls a light green, and replacing the leaking faucet (as per our home inspector’s suggestion… and well… common sense).  The home inspector also noted another few things that had to be addressed in the kitchen area as well (Note: Photos below are from Home Inspection Report) After living with the kitchen for almost 2 full years before I convinced the Husband to actually start the renovation process, there were a few more little issues that bothered me throughout that time.  In fact, the Husband even tried to convince me that we “needed” to buy a boat instead of redoing the kitchen.  (Ha!)  Here’s the list of 10 things that I disliked and would remind him about whenever the whole “boat” subject came up:

As mentioned before, but this was a seriously big issue!  We had an 8 foot long section with a sink in the middle, and then a 2 foot counter section on the opposite wall; the latter of which held our toaster oven, so only the front 6 inches were actually usable.

We lived in an apartment for a few months that had a kitchen half the size as ours, but with more cabinets!  I would have to keep some pans in the linen closet because we didn’t have enough space for them in the kitchen. 3) Oven was in a weird spot

The oven was the first surface available in the kitchen when you came in from the front door.  Therefore, when you had your hands full with groceries, this happened to be the first place where you would set everything down.  I mean, if ever the stove was on, that’s just an accident waiting to happen

4) The position of the light switch

If you wanted to turn the kitchen light on, you’d have to walk all the way in the kitchen and put your hand in this small gap between the pantry and an under-mounted coffee maker to find the switch.  Might sound easy enough now, but in the middle of the night when there’s no other lights on, it was pretty difficult.  (You can see the light switch, to the right of the pantry, in the photo below) Was just a hanging bulb.  My mom had accidently broken the pendant surround the weekend we moved in and we never replaced it.  It was also dark with just the one light bulb

The actual placement of the fridge in the room wasn’t bad (it’s actually still in the original place now), but at the time there was a wall to the left of the fridge.  The problem was that the fridge door opens right-handed (meaning it swings counter-clockwise from the its hinge axis).  So now mix that with a wall on the left, and you couldn’t just open the door a little bit to get something out.  You had to open it almost all the way each time, and then if your bags were to the right of you, or behind you, you’d have to do this dance of swinging the door open and closed while you put things away.  Annoying! Oh the floors!  From the day we moved in they were just bad.  I mean, sure you can make the argument that the white patterned linoleum with black diamonds wasn’t that awful; in fact, there are much worst linoleum patterns out there (which we later discovered when we were removing this layer).  It was the actual condition of the floors that was the problem.  For some reason there were hundreds of scratches/dent marks in the floor, and these spots would show dirt more than the rest.  My mom had the idea that the people who lived in the house before us must have been knife throwers, because it honestly looked like knife marks all over the place.  I wish I had pictures of the condition of these floors, because I am not exaggerating when I say hundreds of knife-like dents all over the place.

You know how drawers have the sliding mechanism that holds the drawer to the main cabinet section?  Well, these cabinets did not have that particular mechanism, it was literally just wood on wood.  So if you opened the drawer too much, or if it was too heavy, it would tip forward (I’ve never actually had it fall out completely, the tipping forward was usually the “tip off” to stop haha).  The cabinets themselves were painted too, and while they were nice and white from afar, there were some areas (mostly at the sink doors) where the paint was starting to chip away.  And guess what, they were a bright red before they were painted white! 9) A tipping dishwasher as well

As noted in the home inspection, the dishwasher was never actually anchored into the countertop.  Well I didn’t think it was that much of an issue until you were loading or unloading it and the weight of the dishes on the door would cause it to tip forward.  And this time I actually saw the roll-y dishwasher bottom drawer roll right out of the main dishwasher section onto the door… a few times.

Sure we could have done cosmetic changes and minor updates to the kitchen all we wanted, but the truth of the matter was that the layout was just not working for us.  It was a large space that had so much potential, but was being grossly under-utilized.  I knew before even moving in that the layout needed a refresh, and 2 years before we ever started the renovation, I had started drawing up plans and thinking of design options. And there you have it – the top ten reasons why we decided to renovate our kitchen.  Making this list at the time helped me focus on what elements I wanted the new kitchen to have, and to prioritize our future design/layout choices too.  And of course, it doesn’t hurt to have a running list of actual examples to help any arguments/discussions you may have with potential “idea resisters” – the whole “well I want to redo this room ‘just because'” won’t always cut it!

Never underestimate the power of a well planned list! 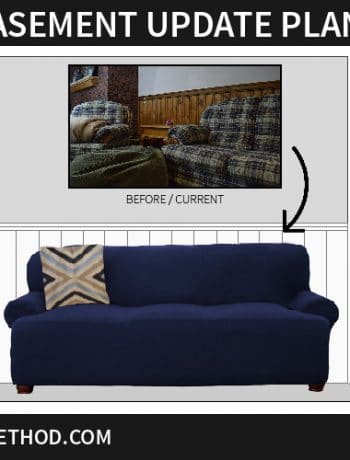 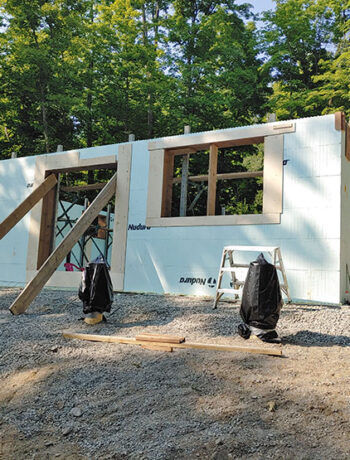