My Lazy Guide to Laundry

Looking for quick and easy tips to simplify your laundry routine? This lazy guide to laundry goes over a few ways to save time and streamline your routine. Do you have an organized laundry system?  Or, are you constantly looking at piles of dirty clothes all over (or worse, running out of clean things!).  Back in my university days, I had so much clothes that I only ever had to do laundry when I ran out of room to store the dirty stuff.  My parents practice extreme laundry sorting, so I figured that’s what I had to do too.  I’ve since learned a few tricks (aka my lazy guide to laundry) and I’m going to share them with you today!

Now, I’ll first start by saying that… yes… you “should” sort your laundry properly.  Most people would say lights and darks right?  Well, my parents seem to take sorting to another level, here are their categories:

And this was just regular clothes!  Add in towels, sheets or special wash items… and laundry sorting probably took longer than the actual washing itself.

But, like I mentioned, I grew up with that system and followed it religiously for my young adult life (aka when I had to live on my own and do my own laundry). You know the expression “rolling in the grave”, well, that would apply to my Mom about my laundry system.  BUT she is very much alive and is appalled that I would dare put all my laundry in together.  I spent years sorting my laundry, doing 5-6 loads in one day/weekend so my colours could be separated.  It wasn’t until many years later when I read this article (probably in 2014?), and I was ready to give this idea a try.

Guess what?  It was great!  At the time, it was just the Husband and my laundry to do, but I no longer had to sort the colours.  I also started getting on the minimalism train, so there wasn’t as much clothes to wash (aka I couldn’t wait around until I had full loads of each colour).  My wardrobe has been purged a few times, and now some of my drawers are almost empty when I miss a laundry day.

Worried about colours?  I wash my clothes in cold water, so that reduces the chances of bleeding.  It’s also more environmentally friendly, cheaper, and is better for colour fading too!  (See my Cons below for a disclaimer)

Where we live (and most places I think?), it’s cheaper to use water and electricity during certain times.  So I try and plan our laundry when it’s the most cost-effective.  I’m not sure the actual costs to run a load during the “expensive” time compared to the cheapest, but I like the peace-of-mind.

We have three little children, and if everything runs smoothly (aka no extreme poop messes), I typically only have to do laundry one day a week.  Our laundry day/time is Saturday morning, and I used to only do two loads – one for me and the kids, and one for the Husband.

Sometimes we’d have to do two loads for the Husband, and then a towels/sheets load too, but those aren’t weekly occurences.  (I’ve also mixed our towels in with clothes before if we didn’t have a full load of those).

Now that little Félix is here (and he comes with extra little blankies/burp cloths, etc.), I have to stretch it to two loads.  Although, it’s usually a max of three loads (again, not counting towels / sheets).

As the kids get older, their clothes will get bigger too, so I’m sure I’ll be able to take advantage of just doing one load per person.

Anyways, laundry is always Saturday – and if we happen to have plans that day (like we did this past weekend) – I might do it a few nights ahead of time, or switch to Sunday morning.  (Same if there is a big poop mess and we need something that was messy).

I’d love to be extremely environmentally friendly and hang all our clothes.  But, I’m also lazy (and only have so much room on our drying racks), so we’re hanging less than 50% of our stuff these days.  I always throw the kids’ clothes in the dryer, and only hang things I don’t want to shrink (about half my shirts, and most of my pants).  There are things I always hang, like bras and dresses, and things I always machine dry (like pajamas and socks/undies).

For the items we have on the drying rack, I usually leave them out for a week (until the next laundry time) and then fold them with the newly machine dried things from that day).  For folding, I usually spread myself out on our carpeted basement floor, and fold with the kids, or while watching TV.

(Although, the littles tend to run over my nice piles and I generally have to fold things twice).

I bring everything back up when we’re done our laundry for the day, and put them back in the drawers right away.  I usually leave the Husband do his stuff (whether washing his own laundry, but always putting his own clothes away), so sometimes that takes a bit more time to make it to the drawers…

I know it sounds weird to say that having less clothes makes you do laundry less often, but I have been there and I know that it’s so true!  I used to have so much clothes that I only did laundry to get rid of my dirty piles.  Laundry could happen once a month, but it took an entire day/weekend and I definitely didn’t have space on my drying racks for that.

Could I skip a week of laundry and still have clothes to wear?  Yep, and the Husband would be fine too (he has to have his dirty clothes in the basket for me to wash them, clothes on the floor don’t get washed!).  However, I’ve kept the kids’ wardrobes as minimal as I can, so they typically need to have their clothes washed once a week or they’ll run out.

And also, they tend to make a lot more messes and usually can’t re-wear things a few times (whereas I wear pants and sweaters two or three times before they need to get washed).  Always make sure you have more than enough undies and socks though!

You may still be wondering if minimizing your clothes would really decrease your laundry that much.  I’ll use the Husband as an example because he has a lot of clothes (and needs to do a major purge soon).  When his laundry is all done, folded and ready to be put away… he barely has room in his dressers/shelves for the new/clean stuff!  Guess what he does each week (when we pack to go to the rental renovation?).  He just grabs the same clean items he wore the week before!

I’m telling you, you can probably get rid of at least 25% of your wardrobe and still do laundry the same amount.  (Or less, assuming you’re just doing laundry to move clothes around because you don’t have room!).

Up until now, I hope you’ve gathered that not sorting clothes and only doing laundry once a week is great!  But maybe you’re wondering if there’s a negative to this, like “what about colours bleeding” or “what do you do with all your extra time”…

Yes, I have had colours bleed.  BUT I’m going to say that it was entirely my fault.  Sometimes I dye things a different colour, and forgot to properly rinse out the dye.  We had a baby blanket turn pink, and I also had one turn blue (when I washed something I bought at a thrift store – who would have thought!).

The Husband also tinted some of our white towels a bit blue when he washed them with new jeans.  But now they just look like bright white towels (and I try to do a better job with towel separation since).  Oh, and now I wash my dyed or new jeans with the Husband’s stuff (since he mostly wears dark colours and/or work clothes that’s stained). Well, I definitely didn’t think I had this much to say about my lazy guide to laundry until I wrote this post!  If you’ve made it all the way to the end without skimming, congrats you’ve just read a lot.  I hope these tips will help you simplify your laundry routine; or at the very least given you a better idea of ways to start streamlining.

Good thing I didn’t try and add the tutorial about reversing a dryer door like I originally wanted to!

Oh, and let me know if you have other time-saving laundry hacks to share too! 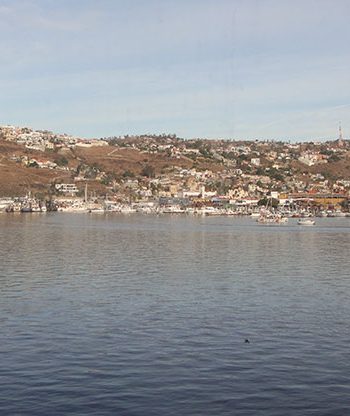 Our First Year as Airbnb Hosts